Las Vegas and surroundings: between fun and culture

Las Vegas is synonymous with entertainment. Whether you think of famous singers, gambling or dancing girls, it’s likely that glitz and glamour form part of your perception of the town that is known as ‘Sin City’. If you look a little closer, however, you’ll discover that Las Vegas has many layers and some of them may surprise you. By taking one of the  best tours of Las Vegas here’s what you might discover. 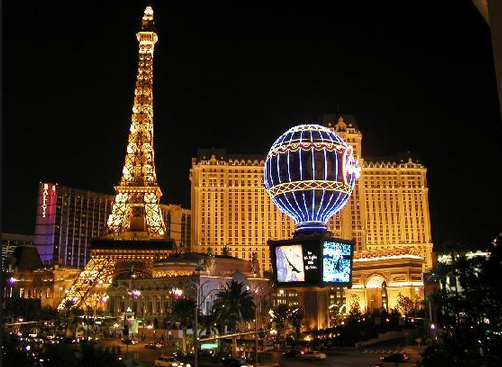 Although the site of Las Vegas had already been sparsely populated, its growth into the city we recognise today was fuelled by the introduction of casinos in the 20th century. Three of the city’s most famous casinos are the Bellagio, the MGM Grand and the Luxor, which are all situated along Las Vegas’ main street, known as ‘The Strip’. The Luxor, as the name suggests, pays homage to Ancient Egypt with its vast pyramid design; it has over 4000 hotel rooms or suites as well as conference rooms, swimming pools, a theatre and, of course, the casino. In spite of its unique design and its replica Sphinx, the most striking feature of the Luxor is the beam of light projected from its apex, which is visible from up to 443 kilometres away.

The Luxor’s theatre is far from unique. Many hotels and casinos in Las Vegas are also venues for performances by world-famous artistes, such as Tom Jones and Celine Dion. The most famous music venue in Las Vegas is probably Caesars Palace, which has played host to Elton John, Liza Minnelli and, of course, Elvis Presley.

The undisputed King of Rock and Roll is a recurring best alternative theme in Las Vegas, since he enjoyed a successful run of performances there, during the 1960s and 1970s. It’s even possible to be married by an Elvis lookalike in one of the many chapels offering quick and easy wedding services. In this digital age, your wedding can be streamed via the internet, so that your family and friends can enjoy the ceremony.

Gambling, musical performances and bizarre weddings are the success stories of the Las Vegas tourist industry, but there are attractions for those who prefer less superficial pursuits. There are several museums in Las Vegas, including one dedicated to the area’s history. Clark County Heritage Museum is on the outskirts of the city, but with readily available car rental, Las Vegas is one of the easiest cities to navigate due to its excellent road network and an abundance of signs. The museum has exhibits relating to the indigenous Paiute people, the mining industry that existed in the area during the 19th century and the early years of the gambling community. The museum includes a street consisting of restored buildings from Las Vegas’ past, which have been transported to one area for public viewing.

Las Vegas also has a Natural History Museum, in which they have cleverly linked archaeology with the region’s connection to the television series, C.S.I. Crime Scene Investigation, with the processes of discovering, recovering and identifying fossils shown as forensic procedures. In addition to several exhibits about nature, the museum displays the original Tutankhamun replica artefacts that were previously housed in the Luxor. The replicas are so like the Egyptian pieces that they have been authorised by the Egyptian Ministry of Antiquities.

If the museums don’t satisfy your need for cultural activities, you may be surprised to learn that Las Vegas has a ballet company, which performs the classics, such as Sleeping Beauty and Swan Lake. Along with the recently opened Smith Center for the Performing Arts, the Las Vegas Ballet Company are flying the flag for refinement in the midst of ‘Sin City’.